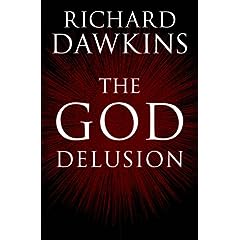 The man is a genius. I mean, he just is. Of *course* there is no evidence for god. What's more, he doesn't engage in "sophisticated" theobabble like the theologians would like - he just tells it straight.

Personally, I think a lot of Christian folks have anti-Dawkins antibodies, and they think it is oh so clever to slag the chap off for being crude or "intolerant". Or that Dawkins only criticises a caricature of god; *their* god is so much more complex than the simplistic straw man that Dawkins erects. So they feel they can safely ignore the arguments - they can run away in the delusion that their concept of god is unscathed by the Dawkinsian logic.

It's a defence mechanism, and a remarkably effective one. It works for many Christians. But there is one major flaw. Dawkins is right. It doesn't require deep philosophical musing; you don't need to read Augustine, Aquinas, C.S. Lewis or anyone else. The emperor has no clothes, and that's the end of the story.

My waffling about Christian Atheism is largely about identifying those anti-Dawkins antibodies, and helping people to overcome them. There is a hard core of potential good atheists who find it hard to make the jump, and hard to "give up on god". For those folks, I think there may need to be a different strategy than strident assertion of atheism (much as we need that - atheists deserve a higher profile). Perhaps a companion volume to "The God Delusion" would be helpful, but in the absence of that, try "Losing Faith in Faith" by Dan Barker.
Posted by Shane at 21:23