This time from Alom Shaha (reared as a Muslim, but now an Atheist):
http://www.guardian.co.uk/commentisfree/belief/2010/dec/24/christmas-atheist-celebration?INTCMP=ILCNETTXT3487
Posted by Shane at 11:30 0 comments

Atheists at Christmas - a view

http://www.guardian.co.uk/lifeandstyle/2011/dec/24/christmas-atheists
I think Alain de Botton is on to something here - something that
chimes with Atheistic Christianity in a big way. I'd be interested in
your comments, either here or over at the Church of Jesus Christ
Atheist:
http://churchofjesuschristatheist.blogspot.com

If you're on Twitter (I'm @shanemuk of course), you should also
consider following @thechurchmouse for somewhat intelligent religion
tweets, as well as @revrichardcoles for a breath of fresh air.
De Botton line (see what I did there?) is that you don't have to
believe in gods to enjoy many aspects of religion, and I rather think
that Richard Dawkins would probably agree, although he might draw the
line at a different point.

Indeed, Dawkins has been quite specific on this issue - he loves
Christmas carols, and likes the benign machinations of traditional
Anglicanism. He's quite happy to be a "Cultural Christian" (yes, I
need to find you the link, don't I?). However I feel we might be able
to go one step further, and remove "belief" altogether, and be quite
open about Atheistic Christianity - a worldview that we know we humans
have constructed, one which affirms tradition and the place of the
biblical texts in where we are now at, but isn't afraid to revise
aspects that turn out to be wrong, objectionable, or even just plain
crazy.

And indeed to borrow from other traditions - to be syncretistic, but
grounded, and not to be afraid to clear out the trash from time to
time. To be freethinking, but never dogmatic. To be willing and able
to engage with others who don't share our views - to celebrate and
mourn alike with them.

Is it possible to hijack this jumbo jet called Religion, and set it on
a path to where it actually builds community and makes life better for
people, or is it better to find a nice safe place to land, evacuate
passengers and crew, and blow the mofo to smithereens? I think that
would be a loss.

Check it out: http://scepticalletterwriter.blogspot.com/2010/10/dr-andres-miracle-cancer-treatment.html
- a blog on quack cancer treatment in Brighton. Vision of Hope, my
backside.
Posted by Shane at 15:51 0 comments

The Law of Probability in South America

Sparky Venezuelan President Hugo Chavez thinks the US is giving cancer
to South American leaders. This seems to be on the basis of his
diagnosis of cancer, and a smattering of cancers that have been
detected in the presidents of Brazil, Argentina and Paraguay. BBC
LINK: http://www.bbc.co.uk/news/world-latin-america-16349845
Mr Chavez is reported to have said that this is "difficult to explain
using the law of probabilities". The lifetime cancer incidence is
almost one in three. There are 12 countries in South America. The
leaders of four, who range in age from their 50s to 60s (when cancers
start to get common) have had various types of cancer. This does not
look like a violation of "the law of probabilities" to me - more like
a chance outlier, and not even a very big outlier at that. He's only
remarking upon it because it has happened - if it hadn't happened,
no-one would be saying anything.

As for the evil Americans, Chavez goes on to say: "Would it be strange
if they had developed the technology to induce cancer and nobody knew
about it?" Er, yes, it probably would, and it would also be strange if
everyone knew about it. And it would be strange if they had developed
the technology and chose to use it this way. What is really strange is
that someone who is supposed to be the head of an important country in
South America should make such silly and uninformed statements without
the slightest embarrassment of his ignorance of science and indeed
those mysterious "laws of probability". What he really wants to do is
employ Bayes' Theorem, and phrase the question like this: "GIVEN the
rate of cancers among South American leaders, what is the probability
that the US have been deploying a secret oncogenic technology against
said leaders?" That probability is not going to be terribly high. What
Hugo needs is more evidence. A LOT more evidence.

I wish Mr Chavez and his fellow leaders speedy and complete recoveries
(enough of this silly talk of "battling" and "beating" cancer - cancer
is a disease, not a divine/demonic test of your moral mettle), but
before coming out with silly paranoid nonsense, I do wish they would
learn a little bit more about cancers and probability.

It's not just about the Higgs

New results from the ATLAS experiment at the #LHC!
http://www.bbc.co.uk/news/science-environment-16301908

Gawd, these days I'm never sure whether to write in the first person
or adopt Slicer's technique (see previous episodes) of referring to my
good self in the third person. I think I'l try to keep things up-close
and personal, subject to the rider above, that I don't necessarily
believe everything I post, and I strongly suggest that my esteemed
readership similarly approach my scribblings with the circumspection
that they merit.

Anyway, the clever Johnnies at CERN (and these Johnnies are among the
cleverest) have uncovered evidence for the fleeting existence of the
Chi_b (3P) state, which is a quark combo of a beauty and anti-beauty.
Regular readers will be aware of my little fantasy that the universe
will one day be shown to be a (big) meshwork of interconnected nodes,
so I'm going to have to have a look and see if these new results give
any further credence to such a concept, or if they make my Nobel
dreams recede even further (as seems fairly likely, I have to admit).

Perhaps anyone better acquainted with the physics can enlighten me?

I've previously suggested that mathematics might be the underlying
foundation of reality, and this has (perhaps not unreasonably) been
viewed by some as a rather provocative thing to say. I'll edit this
post later to provide some links, but in the meantime it might be
helpful to think about poor old Pi. As every schoolchild knows, the
value of Pi is 3.14159etc and cannot be accurately represented as a
ratio between two integers; there will always be a remainder, however
small. Some people argue that Pi is merely a consequence of the
Euclidean geometry we use to describe space, and therefore merely a
consequence of rules we set up in advance.

I'm not so sure - I think there is something fundamentally spooky
about numbers like Pi, which crops up all over the place in areas
where geometry is neither here nor there. It occurs in probability
theory, complex number calculations (which I suppose can be considered
as Euclidean, but hey), quantum mechanics, thermodynamics - pretty
much any area of mathematics and physics, regardless of any axiomatic
specification of the nature of the space into which we draw circles.
Where I think part of the problem lies is that people commonly think
that Pi is *defined* by the relationship between a circumference of a
circle and its diameter, whereas I would simply say that we can
calculate the value to be equivalent to Pi, but Pi itself (and 2*Pi,
or "Tau", which some argue is a more relevant quantity) has a sort of
independent "existiness" that does not depend on Euclid's axioms, for
example. Pi is a property of integer mathematics, and it is hard to
get much more basic than that.

Philosophically (aarrgghh!) this is a tricky one. Some people, such as
the renowned "Slicer" at the blog http://t-rinder.typepad.com, suggest
that mathematics and logic need an underpinning deity of sorts (who of
course pitches out as the JudeoChristian construct commonly known as
"God", but that's a WTF for another day). Maybe I am blind or too
dismissive or hard-hearted, and I cannot appreciate the very clever
subtlety of this suggestion, but it seems like crap to me. Even
Stephen Hawking approvingly quotes the old canard "God created the
integers" in his classically wry fashion, so I'm not sure whether
Hawking is agreeing or disagreeing with my feeling (let's put it no
more strongly than that) that numbers have a kind of existiness that
is different from the existiness of chairs, tables, donkeys and
bloggers.

Anyway, this is to throw things open to the crowd out there
(especially @bagguley - comments most welcome!) to see if anyone can
help clarify my simple brain, because Slicer (no, that's not his real
name - it may be taken from something he got a head injury from in
childhood) thinks that I am epistemiologically rudderless and only
capable of insulting his wee heroes. Have at it, people (if indeed
there is anyone there...)!

I'm having a fun chat with Slicer about the Higgs boson, the failure
of Plantinga and the analytic philosophers and such like. Feel free to
join us over at his blog (or continue here - whichever)!
http://t-rinder.typepad.com/blog/2011/12/through-a-particle-accelerator-darkly.html
Posted by Shane at 09:24 0 comments

In the belly of the beast 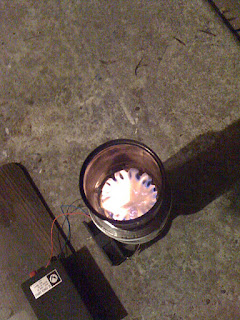 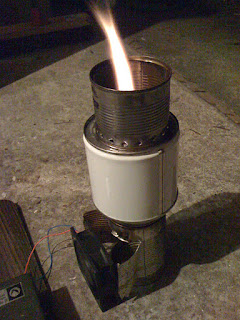 I was saddened to hear on the BBC that Christopher Hitchens has died. He has rolled up the curtain, but not joined the Choir Invisible. Not for Hitch, that going gently into that good night. He went out, all guns blazing against the sanctimonious vultures of religion, those cackling gargoyles who cajoled and harangued him to renounce his "outspoken atheism" and embrace the clying comforts supposedly offered by a belief in Santa or the Afterlife or the Baby Jesus or fairies or some such. In such a prolific career there is probably much to disagree with, but we can be thankful to Hitchens that he has left the world a much wiser and better place, and he has encouraged many people to stand up against the affront that organised religion/superstition presents to basic human dignity. Well done, sir!
Posted by Shane at 09:27 0 comments

Here's Rosenhouse in 2007:
http://scienceblogs.com/evolutionblog/2007/03/plantinga_on_dawkins_part_one.php
Posted by Shane at 09:17 0 comments

Look what I made! 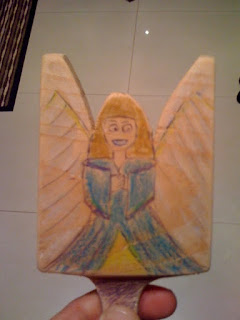 Had some old bits of cedar left over, so I made this angel.
Posted by Shane at 19:12 0 comments

The only book on the #Philosophy of #Science you will ever need. 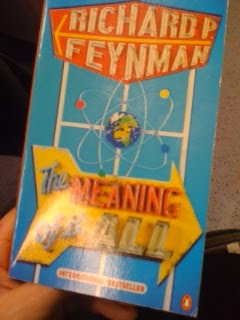