Precision Medicine is here. Now. So let's use it. 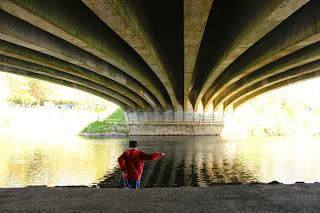 New tests come along in medicine all the time. Our machines get bigger and faster. The range of things we can test for gets wider. Patients find out about new developments, and quite reasonably wish to benefit. Companies identify new biomarkers that can inform management or act as a marker for disease progression. The last few years have seen a veritable storm of progress as the Christmas tree of patient management becomes adorned with ever more sparkly, impressive and costly ornaments. But the underlying tree remains the same.

We doctors are conservative creatures - while we wax lyrical about change and progress, deep down we like to keep things the way they have always been. Yes, this new thingy is amazing, but it won't change that fundamental way we like to do things. Yes, our new knowledge of the collywobbles will radically change things, but it won't really radically change things - at least as far as our comfort zone is concerned.

I'm not alone in thinking that this sort of attitude is holding us back. Let me give you an example of a situation where lack of imagination and inherent conservatism is not just holding back progress, but wasting loads of money as well as patient time. But first a little background.

What you may not know is that when a new test comes along that can save a lot of money, it very frequently saves money for someone other than the person carrying out the test. So if I'm a GP who gets a lot of patients in with skin disorders, I might refer them to a dermatologist who examines them, carries out a load of tests, and makes a diagnosis. So if I refer 100 patients, and it costs me £50 to see each one, that means that my dermatologist colleague has 100 patients on her books that she has to examine and test. This process costs, say £200 per patient, including outpatient costs. Maybe 90% of patients can be reassured (after waiting on a waiting list to be seen for god-knows how long) and sent away with a prescription for some moisturising cream. 10% go on to get some more expensive treatment that costs £1000 per patient. Overall costs: 100x£50 + 100x£200 + 10x£1000 = £35,000, not including patient wait: £350 per patient.

Now, say my dermatologist friend develops a new test - the X-Test. The X-Test costs £50 (ouch, say commissioners - that sounds expensive), can be carried out in the GP surgery, and means that 80% of those patients can be immediately discharged, and only 20 need to go on to the dermatology list for further assessment. Now the costs are 100x£50 + 100x£50 (for the X-Test) + 20x£200 + 10x£1000 = £24,000, i.e. £240 per patient. That's a huge saving of £11,000 and the patients don't have to sit for ages on a waiting list. Brilliant, isn't it? It's almost a THIRD less expensive to manage patients along this pathway than the previous pathway. What health commissioner in their right mind would not want to do this?

Here's the problem. The specialists and the commissioners never see the savings, and the people paying for the service at one point in the path are not the same people paying at another point. The dermatology list is so long that there always remains some waiting activity to fill in the slack, so they're working as hard as ever, and the money never appears back on their bottom line. The patients are still pitching up to the GP, and now the poor GP has additional costs of 50% more than they were before! So it doesn't get approved. Yet overall the money spent per patient would be greatly decreased.

Can you see the issue? This is the standard way things operate in the NHS where budgets are allocated to silos (specialties, departments, health sectors, directorates), rather than having "the money follow the patient". Sure, we all pay lip service to that concept, but in reality it does not work nearly as well as it should. If we set up internal markets, it creates a morass of bureaucracy that turns potential savings into additional expenditure (a charitable term for "waste"). We set up criteria and proformas that get in the way of doctors and nurses doing their jobs. We audit pointless measurables simply because they're measurable, to see how they stack up against guidelines and ideals, rather than using data to get a feel for how the engine of health care is ticking over.

That's not to say that audit is a bad thing, however much audit in healthcare is poorly targeted and done "for audit's sake". Rather, what we need are meaningful analytics that help health care professionals and management get a feel for what is actually going on in their services, but much more importantly, how things are working out for the patients across their interaction with our health service as a whole.

The toy example I have given above, however, is when it's working well! What actually happens in practice is much worse, and comes back to what I mentioned up at the top. In practice the patient pathway remains much the same as it was before, and the X-Test is bolted on in such a way that it is in addition to the other elements of the path, rather than a lever to change the path. So for example the 100 patients get the X-Test and they're all referred to dermatology anyway. Then they get all the additional investigations, whereupon the welter of information is assessed at the end of the process, and only then is a decision taken. Maybe it allows some streamlining of patients at that stage, but by now the full potential benefit of the test has been squandered, and we have wasted copious amounts of patient time and taxpayers' money.

A real world example from my own area of practice is a technique known as microarray comparative genomic hybridisation (array-CGH or aCGH). This is a test that will pick up small regions of imbalance in a patient's chromosomes. The most common reason for a geneticist doing this test is in a child with learning disabilities or congenital abnormalities, and the pickup rate is about 15%. However before these children get to my clinic, they all (in an ideal scenario) have a karyotype (where we look at the chromosomes down the microscope - it's laborious, misses lots of problems, often non-specific, but it's relatively cheap) and maybe a Fragile X test (Fragile X is a fairly rare cause of learning disability - not "common" as some of the old textbooks used to tell us). Between the chromosomes and Fragile X, we'll maybe find a cause for a child's disability in 4% if we're lucky. So this 4% get referred to Genetics.

However a large proportion of the other 96% also get referred to Genetics (usually from community paediatrics), in order for us to carry out the aCGH test to make sure we're not missing anything. This includes children where, if the array is normal, the likelihood of finding a cause is very low - and we know that from the outset. But because a proportion of these kids will have an aCGH diagnosis, they get the enormous privilege of sitting on a long waiting list, then seeing a geneticist, only to get another test done and wait several weeks for the result of that. Our commissioners get cross because this new test which we've bolted on costs a fortune (actually only about £120 per patient, but hey austerity).

The solution is obvious - stop doing karyotype and Fragile X in community paediatrics, and roll out the aCGH test at that point. This would result in fewer children being referred to Genetics, the ones that do get referred get seen quicker, the results of the aCGH can be used to target their management much more efficiently, additional tests that would otherwise be carried out while they are waiting are avoided, anxiety is decreased, etc etc.

So to have the desired effect, we need to change the pathway. But remember our old friend the siloed budget? Yes, if we bring in such an obviously good change, it is going to cost more in the upstream part of the process, and although the overall costs per patient are much lower, and the benefits per patient are readily apparent, the savings (and they are substantial) get swallowed up or rendered invisible in the throng of unrelated problems further down the stream. So commissioners don't want to fund that new-fangled nonsense because they don't get to benefit.

But what if - what if - we had the courage to think outside our little boxes, to look at the overall patient experience as what we're really trying to improve? What if we realised that our pathways are part of the problem, and all we're doing is putting more ornaments on the Christmas tree? We need to invest in the disruptive, and carry that through. In this case, I mean we need to dramatically expand aCGH out to community paediatrics and change the pathway. We're making an ever-more gaudy and expensive spectacle, but not achieving the benefits we really want to see. If we're serious about reaping the benefits of medical progress, we have to throw out a load of the old stuff. De-clutter patient pathways, design them rationally, and in conjunction with our patients. Use the science of personalised medicine to properly personalise it - we're supposed to be helping our patients in decision-making processes. So let's actually make some decisions and get streamlining. Yes, it may cost more within some "silos", but the overall gains are there to be grasped.

The way I tend to think of it is that the aim of stratified medicine is to do exactly that - stratify the stream to achieve laminar flow. Remove the eddies and turbulences that are making our patient journeys more of a white-knuckle white-water rafting experience, rather than a more comfortable cruise to exactly where they want to go. Holding back is a false economy, it's costing us more money and causing our patients harm.

Specifically (in case I have not been clear enough) invest in precision medicine and genetic diagnostics, and have the guts to use this information to redesign and prune patient pathways for improved outcomes and patient satisfaction.
Posted by Shane at 21:38