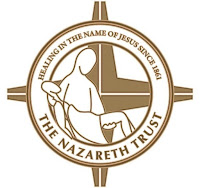 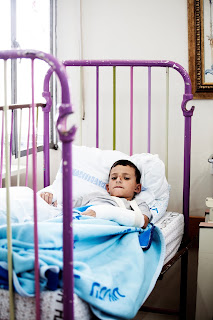 There is a fairly sizeable pricetag on the plans. The overall total to rebuild the entire Paediatric Unit will be in the region of $3.8M in the long term, which is a LOT, and assistance will be sought from elsewhere to help bring the plan forward. However everything you give will help, and you will know that you are helping the kids of Nazareth to move to a brighter future.
Posted by Shane at 19:56 62 comments

On Tuesday the Northern Ireland Health Minister Michelle O'Neill will announce her response to the eagerly-anticipated Bengoa Review into the configuration of Health and Social Care Services in Northern Ireland. This will be a BIG DEAL for those of us working in the HSC, and a BIGGER DEAL for our patients (i.e. everybody).

Before anyone counters that this is yet another review of the HSC and the other reviews haven't had any effect, it's worth injecting a little context. Back in 2014 the then Health Minister Edwin Poots asked Professor Sir Liam Donaldson to report on the state of the NI Health Service. That report was called "The Right Time, The Right Place", and pointed out a number of factors that make health and social care difficult in NI, others that make it excellent, and yet more that provide an opportunity to make it even better. I'm talking things up a little - there are major reasons why the status quo for the NI HSC is not sustainable, and transformation is critically important. Everyone knows this.

The Donaldson report made a number of significant recommendations, the first of which was the establishment of an international expert panel to review the Health Service and recommend a redesign that all political parties would be expected to sign up to in advance. I feel this was a pretty big ask, and therefore when a subsequent Health Minister, Simon Hamilton, took office, he reconfigured this recommendation into a combination of local, national and international experts, chaired by Prof Rafael Bengoa, to carry this recommendation forward. There was no political advance buy-in, but I don't think anyone finds that too surprising. This is Northern Ireland, but even if it hadn't been, politicians don't like signing up in advance to something they haven't had a chance to look at.

The important thing however is that the Bengoa Review exists as a direct consequence of the Donaldson Review, and it would be wrong to see it as "yet another report". I've previously blogged a little bit about this, but in advance of the report itself, it would be wrong to get too bogged down in hoped-for details.

That said, the word on everyone's lips is Transformation. We have to transform the HSC to achieve the so-called "Triple Aim" - better healthcare, better health, lower cost per capita. This means getting patients much more involved in their own care, changing how we deliver services, being much more open in how we share information and resources, centralising some services where appropriate, shifting expensive acute services to a small number of specialist sites, slashing clinical errors, reducing medication harm, taking a rigorous evidence-based approach to management, supporting much more care in community settings, etc.

There are a number of ways we will need to do this, but it seems very likely that the Minister will announce digital technology as a key feature. At least that is what I very much hope. We cannot truly transform our HSC by tinkering at the edges and redesigning a few forms and processes. We need to make sure all staff and patients are on the same page with regard to the data, that we are minimising risk due to miscommunication across care domains, that we are saving time and risk by not requesting and re-entering the same data multiple times into multiple disparate systems. We need our patients to be able to contact and communicate with us using video and audio calls. We need them to be able to access their own data and manage their own conditions insofar as that is appropriate.

This can't be done without the technology, but implementing that is a people process more than a tech process. The next few years are going to be challenging, but the clinical/professional community and our patients/clients are definitely up for it.