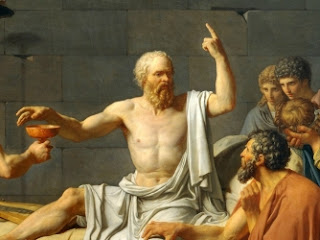 Last night in Belfast we had a debate, as part of the CS Lewis Festival. Just the usual for this part of the world: "This house believes that God is about as real as Narnia". Proposing the motion were Jennifer Sturgeon and me; opposing us were Chris Hudson and David Capener. Our moderator was William Crawley. For the record, here is the text of my opening statement...

CS Lewis was a master story-teller. When he created the Narnia series, he told an engrossing story of interactions between a world somewhat similar to ours and the fantasy world of Narnia.

Many people have pointed out close parallels between the Narnia fantasies and Christianity, and indeed some go so far as to suggest that Lewis consciously created Narnia as a Christian allegory.

The character of Aslan the lion, who dies and resurrects, is a very close parallel to that other fantasy, the risen Christ. And not everyone is a fan of Narnia - there are elements that are pretty questionable on ethical and intellectual grounds. However, we all agree that Narnia, whatever its merits or demerits, reflects the outworking of a human mind, and is not something that “exists” in a real sense.

And that is OK. Because we humans are story telling creatures. We don’t understand things through lists of facts and figures - we use NARRATIVE. Even scientific theories (and the word theory is much misunderstood, especially by creationists, but that’s another narrative) are in essence *stories* that we use to pull the facts and figures and hypotheses together. We create as coherent a narrative as we can muster, and we try to communicate with that.

So if we use stories to help evolved human brains understand reality, what about the story of God? I maintain that we do know enough about the world to answer that question. God is about as real as Narnia.

Now in saying that I am saying two very specific things:

I’m also making an ancillary point - the notion that the stories in the bible are the Word of God and point unerringly towards a correct understanding of the divine is manifestly NOT TRUE.

The Bible contains many wonderful stories that incorporate errors, contradictions, propaganda, fiction, embellishments, lies, truths, fabrications, fairy tales, history and pseudo-history. The bible is a human product, but whereas Narnia had a single author, the bible - and the religious fantasies woven around it - had many.

I was a believer in the truth of the Christian God story until I was in my 20s. Then I went to spend some time studying in a hospital in Nazareth, Jesus’s home town. I came across people who were Jewish, Muslim, Christian and Druze – all people with different stories about God. But they all experienced the same joys, pains, worries, hopes. Maybe my view was too narrow?

Indeed, maybe Jesus didn’t actually rise from the dead, and like Paul said in the first letter to the Corinthians, my faith was in vain. And when I studied the bible stories, the protestations of the apologists that the resurrection was historically well attested completely fell away. It was a fantasy too.

For example, the story in the Gospel of Matthew has dead people rising from their graves when Jesus is crucified. This is not reported ANYWHERE else in the bible, or by any ANY contemporary source. The author of Matthew (who was certainly not Matthew the disciple) made it up.

When Jesus rode into Jerusalem on a donkey on Palm Sunday, Matthew, who didn’t know Hebrew, misinterpreted a passage in the Old Testament, and fabricated an EXTRA donkey (the foal) in order to fix what he saw as an error in the gospel of Mark (also not written by an eye witness).

When Jesus allegedly rose from the dead we have separate yarns in the gospels and Acts that are completely at odds with each other, indicating that these were MADE UP. It’s now very clear to me that the stories of the risen Jesus are based on visions dreams, false memories and peer pressure, not actual appearances.

It’s an interesting experiment to get four bibles and read the gospels side by side, and I encourage you to do this. It’s like JRR Tolkien and Bertrand Russell were all having a hack at correcting CS Lewis’s mistakes in Narnia, while Arthur C Clarke was off writing something else.

We don’t have four eyewitness perspectives – we have four people telling stories about something they have never seen, except in their imaginations working on what they’ve been told.

The central story of Christianity is a fantasy. Jesus was just a man about whom stories were written, and we should take them with a BIG pinch of salt.

The omniscient omnipresent omnipotent omnibenevolent God that made the universe is likewise just a story. We don’t know exactly how the universe began. We don’t know the fabric of reality. But we do know that surprises are in store, and EVERY time we’ve thought that God has intervened in the history of our universe, we’ve been wrong. The God of classical theism is a philosophical toy God, and frankly we don’t need it - science has given us BETTER stories.

I sometimes identify as a Christian Atheist. Many aspects of the Christian story still appeal to me, because I love stories too. They have helped form my outlook on the world and life.

But we are the product of the laws of physics working in a universe that also produces supernovae, black holes, ice fountains on Enceladus, nitrogen oceans on Pluto, coral atolls on Earth and joy and pain for human beings.

It’s a marvellous Universe, but it doesn’t really care about whether or not we’re here. But WE care, and we invented the gods and God to give us a central place in the cosmos. God is a mirror, not a window.

God is a story, in exactly the same way as the Shire or Hogwarts or Narnia, and it’s a story that gets BETTER – and WE get better - when we realise that it is fantasy.
Posted by Shane at 21:01 3 comments

I have been remiss in updating you on my Israel biking adventure - we rolled in to Nazareth on Friday 11 November 2016 after five (well, six) days of incredible biking. A journey together that brought us from the shores of the Mediterranean up to the Upper Galilee, down to the Jordan Valley and the Sea of Galilee and finally to Nazareth itself. 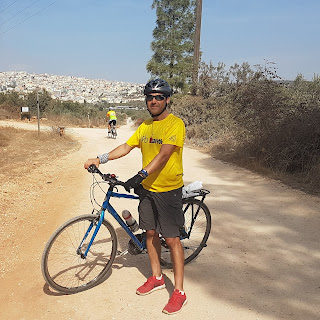 As a group of old friends and new, we explored the terrain, meeting local people and viewing the splendours of the countryside. We passed through villages populated by Jews, Christians, Muslims and Druze, as well as barren hills, verdant valleys, agricultural fields and scented forests.

But the purpose of our journey was its final destination - the crazy paradoxical town of Nazareth, home to the largest Christian population in Israel, and the location of its oldest continually functioning hospital - the Scottish Hospital, established under the EMMS (Edinburgh Medical Missionary Society) in 1861 by the remarkable Dr Pacradooni Kaloost Vartan.

The whole rationale for the bike ride was to raise money for refurbishment of the Paediatric Surgical Unit. We still need to hear how much we actually raised, BUT if you want to give more, you still can! My fundraising page is at http://justgiving.com/shanenaz2016 and  remains open. When we arrived at the hospital we were given a tour of the current facilities (closed while the refurbishment gets kicked off), and I can certainly give my approval to the new plans. I think it will make a big difference to the kids coming in for surgical treatment. 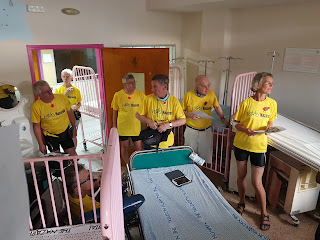 But all of this got me to thinking - why should we in the UK be supporting a hospital in Israel? Surely the Israeli government should be working harder on its own healthcare policies, and properly resourcing its hospitals and clinics? The answer to this one is both complex and simple. The complex answer is that Israeli healthcare planning and funding is a bit of a mess, and healthcare organisations have to sort it out themselves while seeking reimbursement from the national insurer. Capital development is really under pressure.

The simpler answer is that in building better healthcare, and especially in building links between countries and healthcare economies, we not only show that we are citizens of the world (sorry, Theresa May, but that's what we are), but that we want to build links and collaborations with people who are often neglected or disadvantaged. And for those who aren't neglected nor disadvantaged, we still want to work with them, because life is not a zero sum game. My gain is not necessarily someone else's loss. A problem in another country is not something I can just turn up my nose at. It's an opportunity to build links of friendship and healthcare. And healthcare in particular is an effective way of building peace and understanding.

Here, in a small hospital in Israel, there's a part of Scotland (and OK for these purposes I'm going to self-designate as an Ulster Scot!) - a place that's all about looking outwards and bringing people together.
Posted by Shane at 19:31 1 comments