Taking a Raspberry Pi on a bike to the Dead Sea...

They said it couldn't be done. But what do they know? 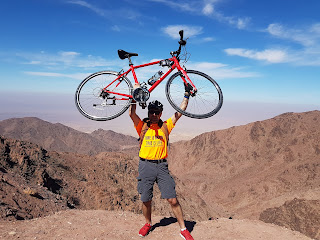 Between 11 and 17 March 2018 I taped a Raspberry Pi onto a bike and brought it to Petra, the Dead Sea, Mount Nebo, and Nazareth. 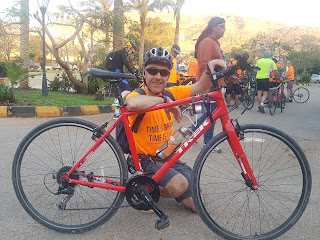 A little insulation tape goes a long way to stabilise your Raspberry Pi and battery pack on your trusty bike. 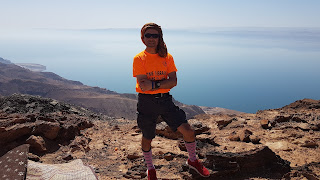 A triumphant pose overlooking the Dead Sea - the lowest point on Earth.

And here is what the readout looks like. Low pressure up on the plateau, high pressure down at the Dead Sea itself. As well as a flat bit where we had a picnic. Sadly the humidity data is a bit harder to interpret. 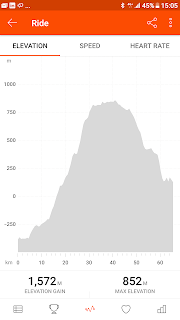 This is what part of it looks like on Strava - unfortunately I missed out the last part of the descent after the picnic, but you get the general idea. Let me know if you would like the raw data to play with - some potentially useful environmental information in there...
Posted by Shane at 21:02